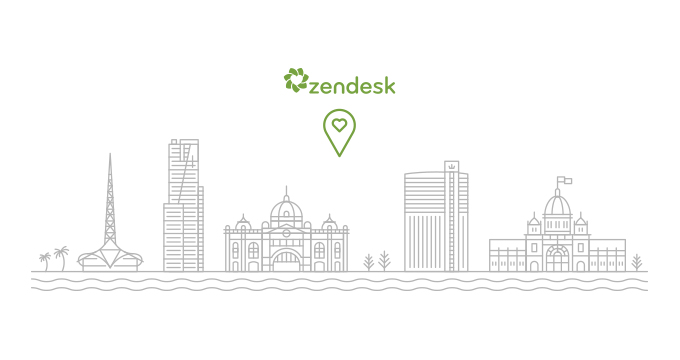 One of my favorite things about Zendesk is the company’s wholehearted commitment to the communities where we do business. We don’t like to do things halfway; when we get involved, we do it in a big way.

It’s one of the specific things that really attracted me to Zendesk as I was planning my return home to Melbourne after years living in the United States.

When Zendesk’s Melbourne office opened in our new location today, we took the opportunity to go big in expanding our commitment to Victoria with two major initiatives: a government partnership and local version of our global Zendesk Neighbour Foundation.

Creating new tech jobs in Victoria
Today, we announced a major partnership with the Victorian Government that will accelerate our creation of up to 175 new jobs in Victoria’s burgeoning technology industry. Through the first partnership of its kind, the Victorian Government will provide a five-year financial investment in the form of a grant for job creation to Zendesk aimed at fuelling the growth of technology and innovation in Victoria.

This is just the beginning of a very meaningful and significant partnership with the Victorian Government. We look forward to increasing both the depth and breadth of our tech talent in Melbourne, and this program will be a great model for how private and public sectors can come together to create a partnership that works.

Getting involved in the Melbourne community
Today we also launched the Melbourne arm of the global Zendesk Neighbour Foundation, committing $100,000 in financial support to community organisations and 1,000 hours of employee volunteer service for local charities. This includes official partnerships with local charities such as Purple Lion, a not-for-profit organisation that supports the quality of education of children with autism, and STREAT, an organisation that helps disadvantaged youth become self-sufficient through work experience and hospitality skills training.

We’re dedicated to making our community stronger and look forward to getting involved with these and other organisations in Melbourne.

The employees at our tech hub here in Melbourne—and our Zendesk colleagues around the world—are excited about these new chapters in the Zendesk story.